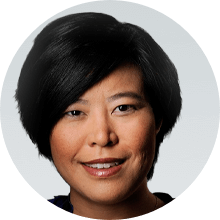 Clare Ozawa became a Versant Managing Director in 2017 and leads investments in San Diego and the Bay Area. Clare previously oversaw strategic business operations for all Inception Sciences research sites across North America. During her tenure at Inception, she assumed leadership roles in the creation and management of six new companies launched in partnership with academic researchers and major biopharmaceutical companies. Clare joined as Inception’s founding chief business officer in 2011 and was promoted to COO in 2014. She previously was an investment professional at Versant, where she was involved in several successful investments including Flexion (2014 IPO), BioTie (sale) and Quanticel (sale). Clare joined Versant from Novartis Pharma, where she worked in the Office of the CEO, leading strategic initiatives for the Novartis Pharma Executive Committee. Previously, Clare was at McKinsey & Company where she advised clients across the biopharmaceutical sector.

Carlo Rizzuto is a Partner based in New York City. Since joining the firm as a Principal in 2012, he has been involved in building and investing in a number of Versant’s portfolio companies including Pandion (PAND, acquired), Repare (RPTX), Century Therapeutics (IPSC), Graphite Bio (GRPH), Jnana, 858 Therapeutics, VenatoRx and Stablix. Carlo has been instrumental in establishing Versant’s presence in the Northeast. Prior to opening the NYC office, he was based in Versant’s Basel office. Carlo joined Versant from Novartis where he led global product development teams advancing innovative new medicines. Prior to his role at Novartis, he held the position of Associate Principal with McKinsey & Company, advising U.S. and European clients in the pharmaceutical, payor and provider sectors.

Carlo holds a Ph.D. in virology from Harvard University. 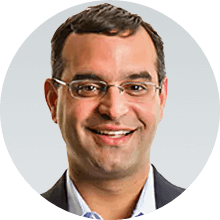 Dr. Behbahani is a General Partner on the healthcare team at NEA since 2018, having worked for the fund since 2007, specializing in investments in the biopharmaceutical and medical device sectors. He is also currently a member of the board of directors of CRISPR Therapeutics, Adaptimmune, Nkarta, Black Diamond and Monte Rosa Therapeutics. He has previously worked as a consultant in business development at The Medicines Company and held positions as a Venture Associate at Morgan Stanley Venture Partners from 2000 to 2002 and as a Healthcare Investment Banking Analyst at Lehman Brothers from 1998 to 2000. Dr. Behbahani conducted basic science research in the fields of viral fusion inhibition and structural proteomics at the National Institutes of Health and at Duke University. 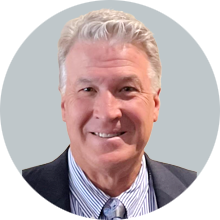 Dr. Jeffrey Stafford is the CEO and cofounder of 858 Therapeutics. Jeff started his drug discovery career at Glaxo Research Institute in 1991 and has held research and executive management roles in both large pharma and privately held biotech. Prior to his role with 858, Jeff was the CEO of Jecure Therapeutics, a company focused on inhibiting the NLRP3 inflammasome and acquired in Genentech in 2018. Prior to his role with Jecure, he was the founding CSO of Quanticel Pharmaceuticals, a company pioneering a single cell genomics platform for precision targeting of cancer stem cells. In 2015, Celgene acquired Quanticel for its portfolio of novel epigenetics drug candidates and its platform technology, consummating a successful “build-to-buy” collaboration between the parties. Jeff’s discovery teams have been responsible for the discovery of three FDA-approved drugs – Votrient™ (pazopanib); Nesina™ (alogliptin); and Byfavo™ (remimazolam) – and several others in clinical trials. He is a co-author of numerous peer review publications in the areas of organic chemistry, medicinal chemistry, and drug discovery.

Jeff received a B.S. in Chemistry from UCLA and a Ph.D. in Organic Chemistry from Cornell University. He completed an NIH Postdoctoral Fellowship at UC Berkeley.